The GLOCAL AGE 2020 Turkey Program 2017FY was held between March 12th and March 21st. The participants were two students from Fukushima University and three students from Niigata University, accompanied by three faculty members from Niigata University and two administrative staff members from Fukushima University. The group stayed in Ankara, Antalya and Izmir for three days each, learning about country's agriculture as well as Japan-Turkey relations.

One of the biggest themes of the program was Japan-Turkey relations especially in business, agriculture and research fields. Speaking of business sector, the group visited Takii Seeds, Itochu Corporation and Yanmar Holdings Co., some of many Japanese companies seeing investment opportunities and doing businesses in the country. Turkey's large agricultural production and its geographical location, facing Europe on the west and Asia on the east, are some of the key factors attracting these international investments. Besides, we were told many times how Turkish people in general have positive images to Japan as well as Japanese people.

Beside these bilateral relations, Japan and Turkey becomes a team when co-supporting third countries. JICA and its Turkish counterpart, Turkish Cooperation and Coordination Agency(TICA), together have done several projects in Middle East as well as Africa. As an example, since 2011, in total 3000 police officers have been invited to Turkey for training provided by JICA and TICA. For JICA, Turkey's strong relationship with Middle Eastern and African countries, geographically easier accesses to those countries and cultural similarities are very helpful in doing projects, according to JICA officers. We were able to see another style of international collaborations.

These rich opportunities certainly opened students' eyes to international businesses as well as researches, showing potential career paths in agricultural sectors to the participants. Some students were seeking advices on international careers during company visits while others were imagining coming back to the country for academic researches.

The participants were able to experience Turkish cultures throughout the program. At Anıtkabir, the mausoleum for Mustafa Kemal Ataturk, we were able to learn the independence history of Turkey. In Izmir, we also visited historical constructions such as Asansör and Agora Open Air Museum. In every place we visited, we met warm and friendly welcome by Turkish people. Speaking of food culture, before visiting, most of us hardly knew any Turkish food other than Kebab and Turkish Ice cream. This trip taught us how diverse and rich Turkish food culture is.

Safety and How We See The World

During the program, when asked how he sees Turkey's safety situation, a participant described it "Surprisingly normal". We spent very peacefully during the program and did not experience any threat. The cities we visited were so peaceful that it was almost difficult for me to even imagine the coup attempt or the terror attacks occurred in the country a few years ago. According to one Japanese person we met, the news we see about Turkey in Japan are often come from Western Europe. Some major medias in Western Europe first publishes news about Turkey, then Japanese medias obtain them and simply translate into Japanese for readers in Japan. In this process, people inevitably view Turkey from the perspectives of some major medias in Western Europe. This Turkey program gave us a hands-on experience on the Turkey's situation as well as how we see the world, which also teaches us the importance of seeing realities. 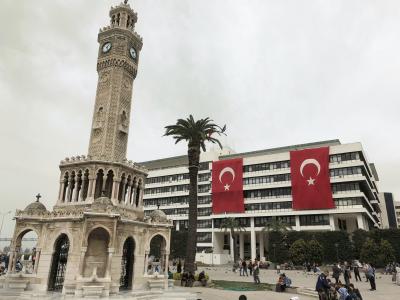 We were able to see some of the former GLOCAL AGE 2020 participants. In Ankara and Izmir, we met warm welcome by former GLOCAL AGE students. Some of former short-term and mid-term students gave presentations at the Student Workshops and supported this program.

There is an advertising slogan by the Turkish Airlines, with which we travelled between Japan and Turkey this time, that is "Widen Your World". This fruitful program surely did widen participants' views to Turkey in many aspects. I would like to express my sincere gratitude to all the faculty members, coordinators and students at Ankara University, Ege University as well as Akdeniz University, who made this program possible. Also, I would like to thank all the companies, research institutes and governmental institutes who kindly provided us with the great experiences in Turkey. 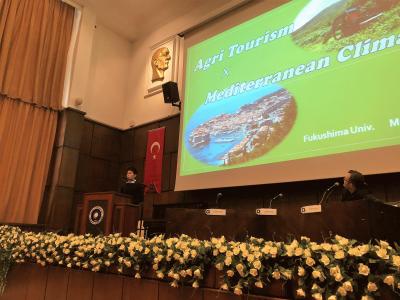