I went to Turkey for the first time and stayed for two weeks. There was a concern that Turkey is a dangerous place before going. Because Syria was near, there was the worry that we might face a danger such as terrorism. My teacher said Turkey is a safe place, but still I could not believe it. However, what I felt when I went to Turkey was that it is not dangerous and is a pro-Japanese country. I was said hello with a smile by Turkish people when I walked the town and, they told me carefully because they thought I might not understand if they speak fast. It was different from imagination a little. Rather I felt that Tokyo was a desolate town. Through this project, I want to convey the Turkish charm that I felt. 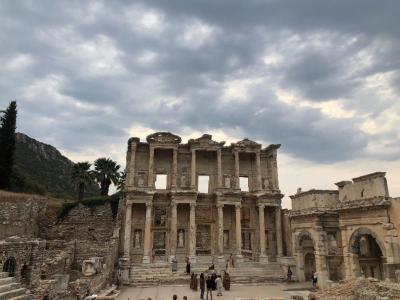 The cityscape was beautiful, too. I was able to see the sight just by walking because historic buildings were left in town. I was glad that I was able to look a lot of remains. It was good that I could see with my eyes very big buildings and the pillars that I often watch on TV. I was impressed because it was scene which was not seen in Japan. It seemed I was totally in a movie. I was able to feel the Turkish history.

The purpose of this project was to learn about Turkish agriculture. I looked around many fields and houses, visited it in the companies, heard stories and did a lot of things for the first time. "HAPPY VILLAGE PROJECT" was very impressive. "HAPPY VILLAGE PROJECT" is an action that protects the natural environments by organic farming and make an area happy and raise producers. He said that it was important to have a producer learn right knowledge and agricultural methods. Characteristic things are that not only the producer but also the family had participated. He leads project to the success while going to visit the field many times, and making the relations with the producers. I felt that this resembled the activity that I performed at a university. I do activity aiming at the local activation. I have a relationship with local people through making products and planting seeds of the sunflower. I want to work on activity in reference to this project in Fukushima. I did not understand a specialty of the agriculture, but felt that the significance of this project was big. I thought that they fixed a house and the environment of the farmers, and made the facilities of the amusement places for children, which was good. I thought that it was good to perform activity to hold the exchange meeting of the different farmers, and to deepen each other's understanding. I knew that it was important for agriculture that they study every day. I think that it is important to let all people experience it. So, I want to adopt this activity in Japan. Not only the elderly but also the youth should be interested in agriculture. I felt that it was charm of the Turkish agriculture that there were many original crops. Actually, I ate a lot of Turkish food, and realized it. However, I learned that because they imported raw materials from foreign countries, it entailed many costs and profit did not appear.

I heard that a Turkish dish was one of the three major dishes of the world. After hearing why it was, teacher said that this was because many kinds of vegetables and fruit and herb were used. I was not able to choose surely what to eat when I saw many kinds of olives, cheese and tomatoes. Because it was fresh, and anything was delicious, I had eaten too much. Because I heard that a Turkish restaurant is in Japan, I want to go by all means. By the way, I like Japanese food the most. 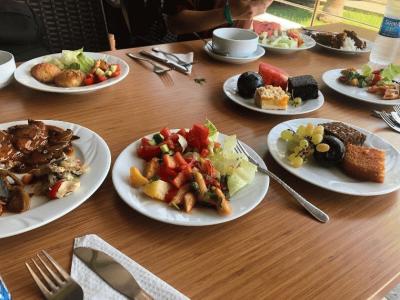 In Turkey, agriculture was prosperous and food was delicious, the personality was good and the town was beautiful. It was the country which was gentle than I imagined it. Surely I felt that the good country showed good nature. I felt that not only I heard it by a story, but also I learned and watched by myself was important. I felt that it was not all to learn on the desk. By participating in this project, new discovery and thoughts were created among myself, and the spirit of self-advancement increased more. In addition, the problem was found, too. It is to challenge it without being afraid of a thing, failure to study more English. To know a lot of things, I want to be careful with every moment. 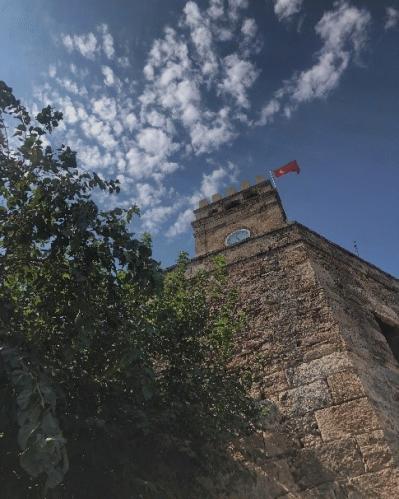